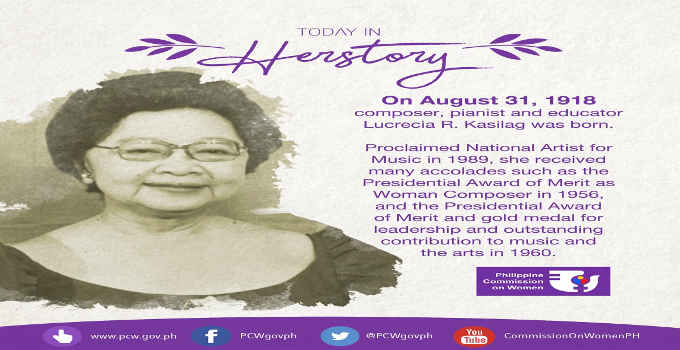 She was proclaimed national artist for music in 1989.

Her body of work consisted of more than 200 compositions which combined Eastern and
Western styles, incorporating indigenous Filipino instruments in orchestral productions.

In 1976, she became the first female president of the CCP. She also served as the dean
of the Philippine Women’s University (PWU) College of Music for 25 years, and
chairperson of the League of Filipino Composers for 35 years.(PCW)