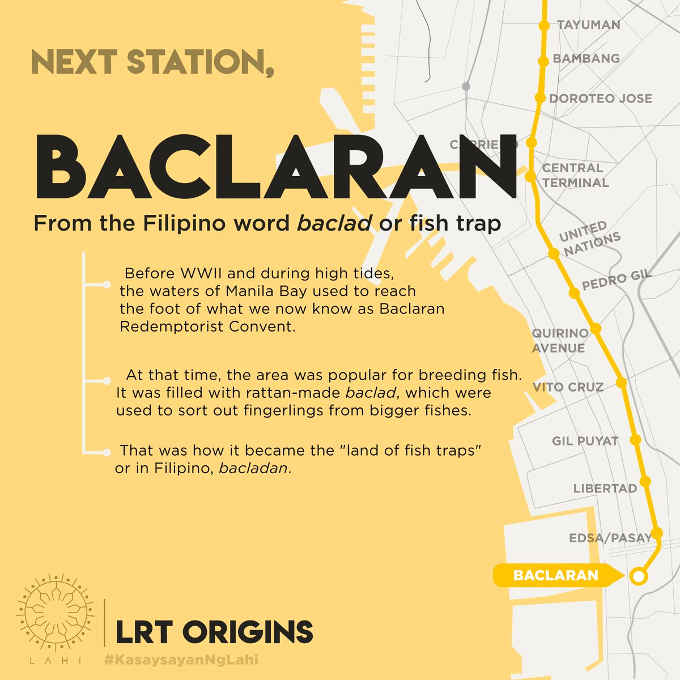 Baclaran LRT Station is the last LRT station going south. The station is located on the last stretches of Taft Avenue in Pasay, right at the border with Baclaran, Parañaque,  and, like all other stations on the LRT-1, Baclaran terminal is above-ground on viaduct.

The terminal is named after the famous shopping district of the same name, which is located on the borders of the cities of Pasay and Parañaque.

Baclaran was taken from the Filipino word “baclad” which means “fish trap”.

Before world war II and during high tides, the waters of Manila Bay used to reach the foot of what we now know as Baclaran Redemptorist Convent.

At that time, the area was popular for breeding fish. It was filled with rattan-made baclad, which were used to sort out fingerlings from bigger fishes.

That was how it became the land of fish traps” or in Filipino, bacladan.