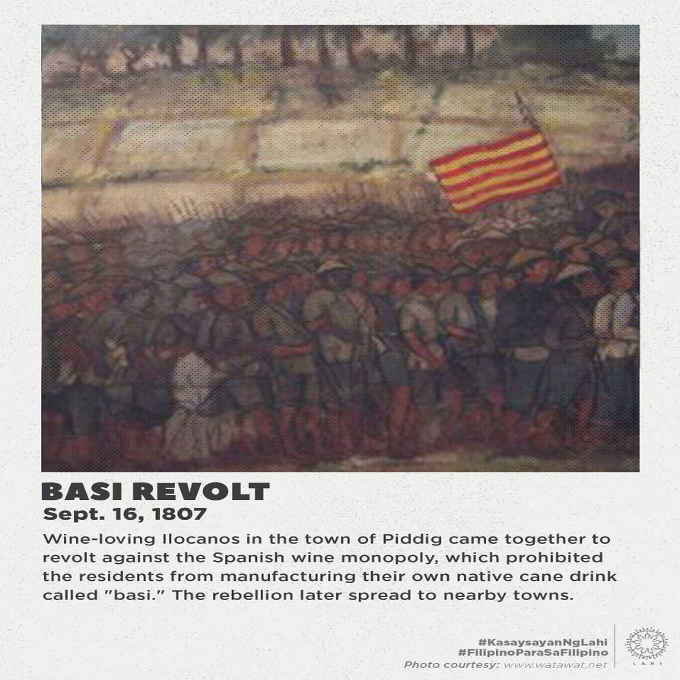 Wine-loving Ilocanos in the town of Piddig came together to revolt against the Spanish wine monopoly, which prohibited the residents from manufacturing their own native cane drink called “basi”.

The rebellion later spread to nearby towns.

The Basi Revolt, also known as the Ambaristo Revolt, was a revolt that started on  September 16, 1807.

It was led by Pedro Mateo and Salarogo Ambaristo and started in Piddig, Badoc and other towns of Ilocos Norte.

This revolt is unique as it revolves around the Ilocanos’ love for basi ( sugarcane wine).

In 1786, the Spanish colonial government banned the private manufacture and sale of basi,  effectively forcing the Ilocanos to buy from government stores.