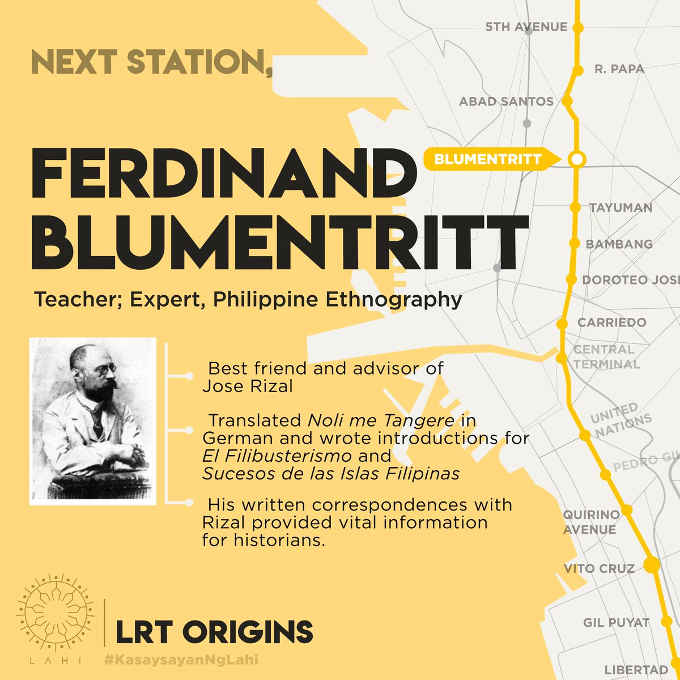 Blumentritt station was named after Ferdinand Blumentritt. He is a teacher. Blumetritt is a friend and advisor of Jose Rizal, Philippines’ national hero.

Blumentritt LRT Station came into prominence in 2000, when Metro Manila was terrified by the infamous ‘Rizal Day bombing’ that killed 10 people and wounded more than a hundred commuters.(untvweb)

Presently, bottled water and other liquids are not allowed in LRT stations because LRT management would not risk the safety of its passengers and exert all efforts to avoid a repeat of the Rizal Day bombing 18 years ago.