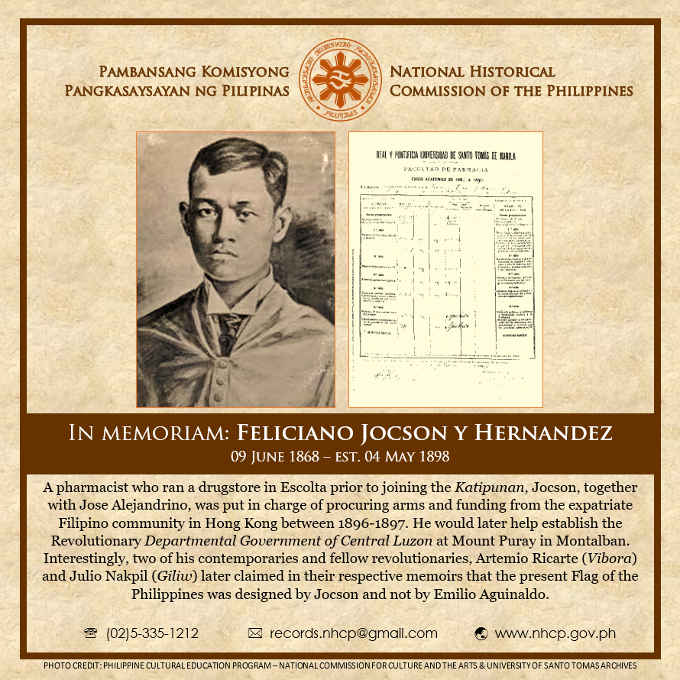 Today in History, June 9, in 1868, pharmacist and Katipunero, Feliciano Jocson, is born. Interestingly, two of Jocson’s contemporaries claim that the design of the flag was designed by Jocson and not Emilio Aguinaldo.

Feliciano Jocson y Hernandez, a pharmacist who ran a drugstore in Escolta prior to joining the Katipunan, together with Jose Alejandrino, was put in charge of procuring arms and funding from the expatriate Filipino community in Hongkong between 1896-1897. He would later help establish the Revolutionary Departmental Government of Central Luzon at Mount Puray in Montalban.

Interestingly, two of his contemporaries and fellow revolutionaries, Artemio Ricarte (Vibora) and Julio Nakpil (Giliw) later claimed in their respective memoirs that the present Flag of the Philippines was designed by Jocson and not Emilio Aguinaldo.