Insulae Indiae Orientalis is now on show at the Ayala Museum. Back when navigation
was more than just waze and google maps.

An exhibit on rare Philippine Maps dating as far as the 1500s. 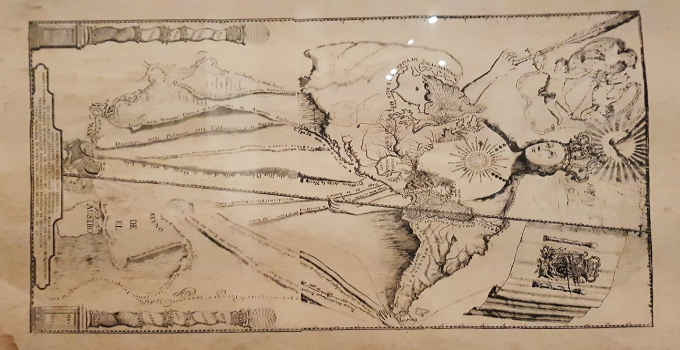 The image above, a map, represents the Spanish empire in the figure of a queen
with Spain as the crown and the Philippines at her feet.

The Manila galleon routes then make up the folds of her dress.

Ayala Museum is currently exhibiting rare collections of antique maps that allow
visitors to get a feel for the golden age of exploration.

Ayala Museum is located at the Greenbelt Park, Makati City. The museum opens at
9 AM and closes at 6 PM Tuesday to Sunday.

You can keep in touch with Ayala Museum at this number, (632) 759 8288 or you
can send them an Email at hello@ayalamuseum.org