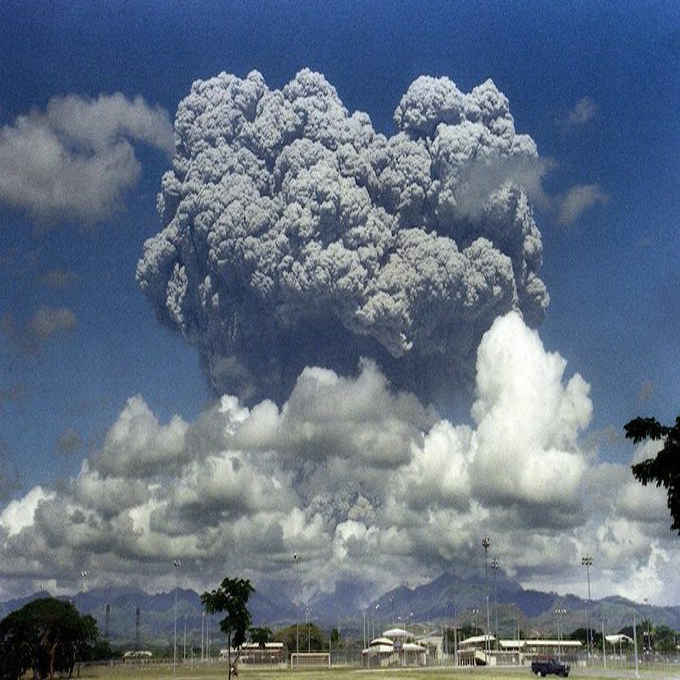 Today in History, on June 10, 1991, Clark Air Force Base in Pampanga, Philippines, the largest U.S. airbase at the time outside mainland U.S., starts evacuating due to the Mount Pinatubo eruption. Col. Jeffrey Grime leads the evacuation.

Context: In 1947, the Military Bases Agreement between the post-war Philippines and the United States gave the U.S. a 99-year lease on all its military bases in #PH. In 1966, the agreement was amended to 25 years. From 1978-79, negotiations led to the agreement’s renewal.

The U.S. bases in the Philippines were a cause of much tension in the country, with many local groups calling for its abrogation. In 1991, earthquakes in Central Luzon, and fissures on Mount Pinatubo alerted the country, as the volcanic eruption was confirmed imminently.

On 9 June 1991, the volcano’s dome became unstable. The first pyroclastic flows appear, with ash eruptions. Evacuations were made along a 20 km radius from Mount Pinatubo.

After receiving orders from the U.S. Secretary of Defense, Col. Grime directed all personnel in Clark to begin evacuation on June 10, beginning the transfer of approx. 20,000 airbase personnel away from the area.

Mt. Pinatubo ejected 7 billion cubic meters of sand and ash, cooling temperatures all over the world. It was the 2nd most violent volcanic eruption of the 20th century.

On 16 September 1991, in a historic vote of the Senate tasked to review & ratify all treaties entered into by the Philippines , rejected the Base Agreement renewal. On 26 Nov, Clark Air Base was turned over to PH. On 27 Dec, Subic Naval Base was also turned over.