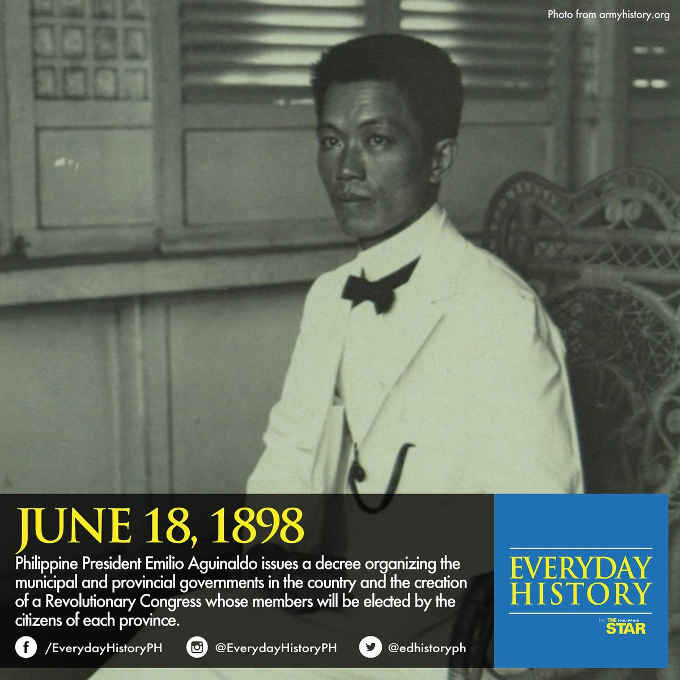 On this day, June 18, in 1898, Philippine President Emilio Aguinaldo issues a decree organizing the municipal and provincial governments in the country and the creation of a  Revolutionary Congress whose members will be elected by the citizens of each province.

It was Aguinaldo’s effort to include a civilian component in his government, in preparation for a shift from a dictatorial to a revolutionary form of government.

On this day, June 18, in 1948, Philippine President Elpidio Quirino signed Republic Act  No.305, converting the town of Naga, Camarines Sur into a city. It is now Bicol Region’s only independent component city, the second largest city in the region in terms of population and one of the most livable cities in the country. @EverydayHistoryPH