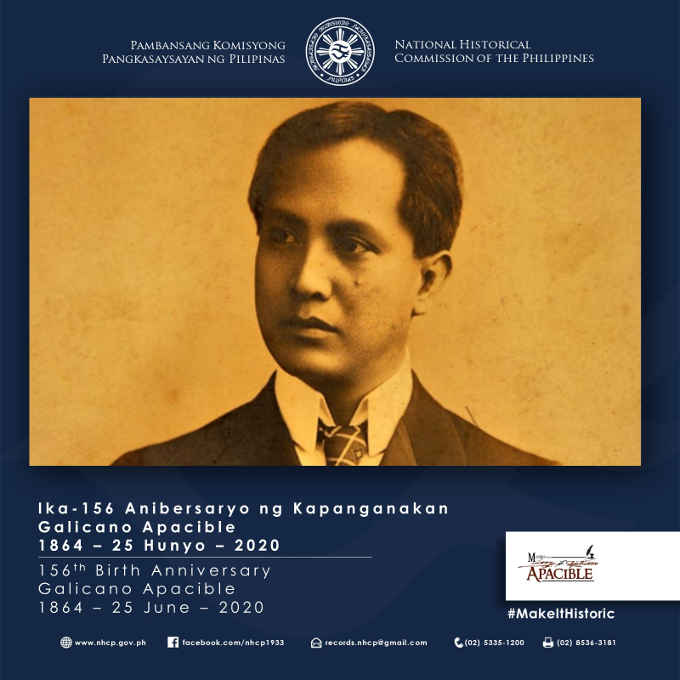 Today, June 25, 2020, is the 156th birth anniversary of Galicano Apacible, one of La Solidaridad founders, 1st Philippine Republic diplomat in Hong Kong, Batangas governor, and Assemblyman of the 1st District of Batangas.

This day, on the 25th of June, 1864, Galicano Apacible was born in Balayan, Batangas.

He is a doctor. He is also one of the founders of La Solidaridad and worked as the organization’s first president.

During the revolution against Spain, Galicano became a diplomat and chairperson of the Filipino Central Committee in Hong Kong which served as the center of revolutionary activities outside the Philippines and worked for the recognition of the country’s sovereignty.

In 1908, he was elected as Governor of Batangas. Two years later, he represented the First District of the Province in the Philippine Assembly until 1916, where he proposes bills on health and medicine. He then appointed by Governor-General Francis Burton Harrison as Secretary of Agriculture and Natural Resources from 1917 to 1921.