Home  »  Business   »   Major Sources of Inflation in the Philippines

The following are the major sources of inflation in the Philippines: 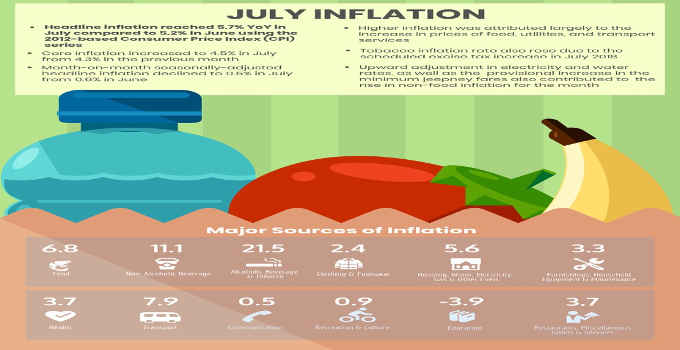 Core inflation increased to 4.5% in July from 4.3% in the previous month.

Month-on-month seasonally adjusted headline inflation declined to 0.5% in July
from 0.6% in June.

Higher inflation was attributed largely to the increase in prices of food,
utilities and transport services.

An upward adjustment in electricity and water rates, as well as the provisional
increase in the minimum jeepney fares also contributed to the rise in
non-food inflation for the month. (BSP)