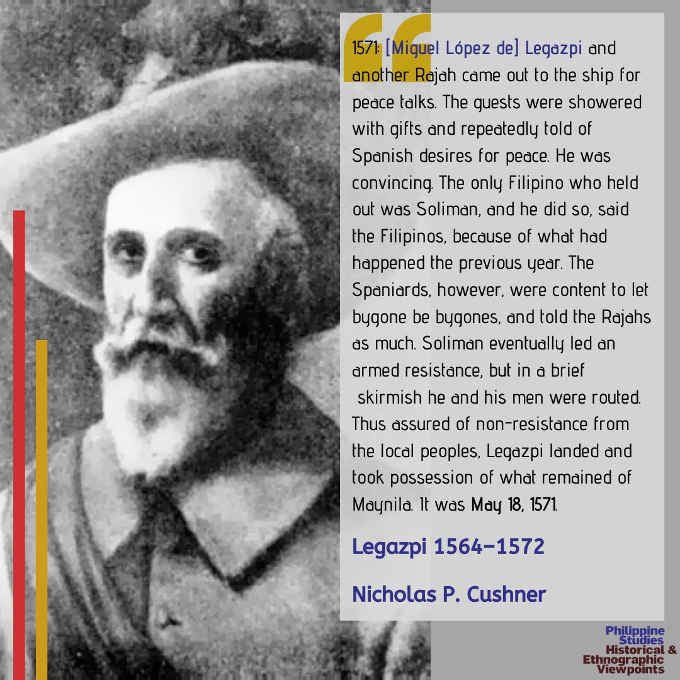 On this day, May 18 | Image Credit: Philippine Studies @iampshev

Miguel Lopez de Legazpi and another Rajah came out to the ship for peace talks. The guests were showered with gifts and repeatedly told of Spanish desires for peace.

He was convincing. The only Filipino who held out was Soliman, and he did so, said the Filipinos, because of what had happened the previous year.

The Spaniards, however, were content to let bygone be bygones and told the Rajahs as much. Soliman eventually led an armed resistance but in a brief skirmish, he and his men were routed.