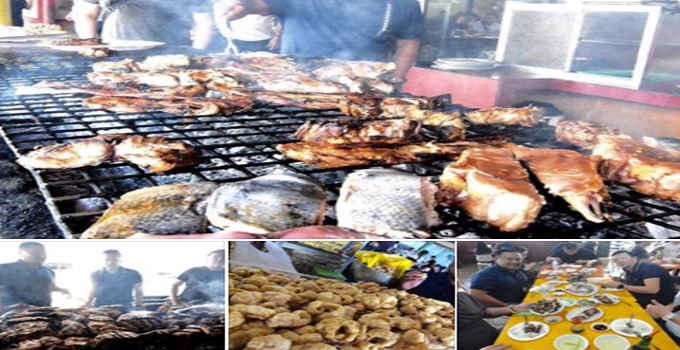 Senator JV Ejercito in his travel to Mandaue City said ” as a “Foodie” I try to taste local foods and delicacies in every area I visit like the popular restaurant called Part’ebelle here in Mandaue City in Cebu.

Part’ebelle is visited by a lot of people because of its delicious foods such as Fish Tinola or “tinuwa” wherein the main ingredient is the tuna’s jaw which is then boiled with ginger and lemongrass which is the largest soup dish in Visayas and Mindanao.

The good senator also tried eating the roasted tuna and roasted squid as well as the “liempo”.

He further said that his food tripping did not end at Part-ebelle but then went straight to the famous “Chicharon ng Carcar” or “Kubal” as the locals call it which is truly delicious and crunchy.