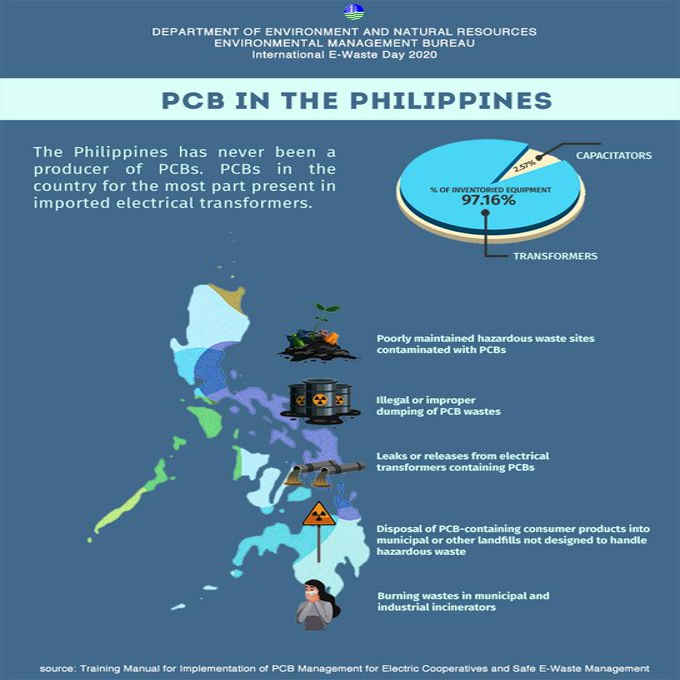 PCB in the Philippines | @DENROfficial

PCB in the Philippines

The Philippines has never been a producer of PCBs. PCBs in the country for the most part present in imported electrical transformers.

In the Philippines, the phase-out of the use of Polychlorinated Biphenyls (PCB) as dielectric fluid and the ban on its importation started in 2004.

PCBs in the country, for the most part, are present in imported electrical transformers.

PCB or Polychlorinated Biphenyls are persistent organic pollutants (POPs) targeted for worldwide phase out under the Stockholm Convention on POPs.

PCBs were manufactured and used as dielectric fluids in transformers and capacitors in the 1900s.