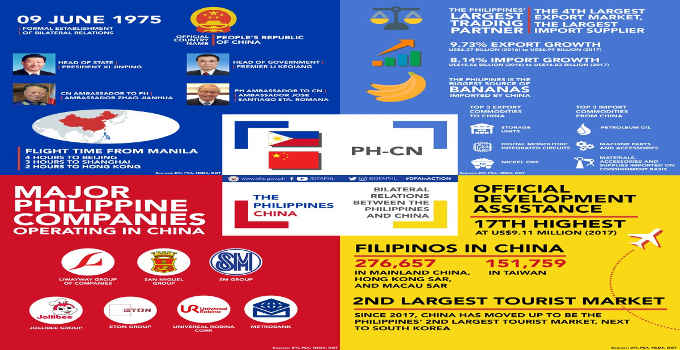 Chinese President Xi Jinping is currently undertaking a state visit to the
Philippines, from 20 to 21 November 2018.

Here are some fast facts on the bilateral relations between the Philippines and
the People’s Republic of China: DFA

Here are some facts about the Philippines and People’s Republic of China trade relations:

At present, there are 276,657 Filipinos in mainland China, Hongkong, and
Macau.

Since 2017, China has moved up to be the Philippines’ 2nd largest tourist
market, next to South Korea.

The Philippines is the biggest source of bananas imported by China.