President Rodrigo Duterte is currently undertaking an official visit to Israel,
from September 2 to September 5, 2018.

Here are 8 Facts You Need To Know About The Philippines and Israel: 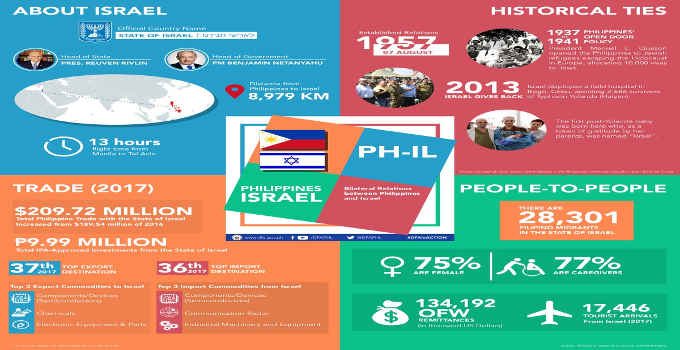