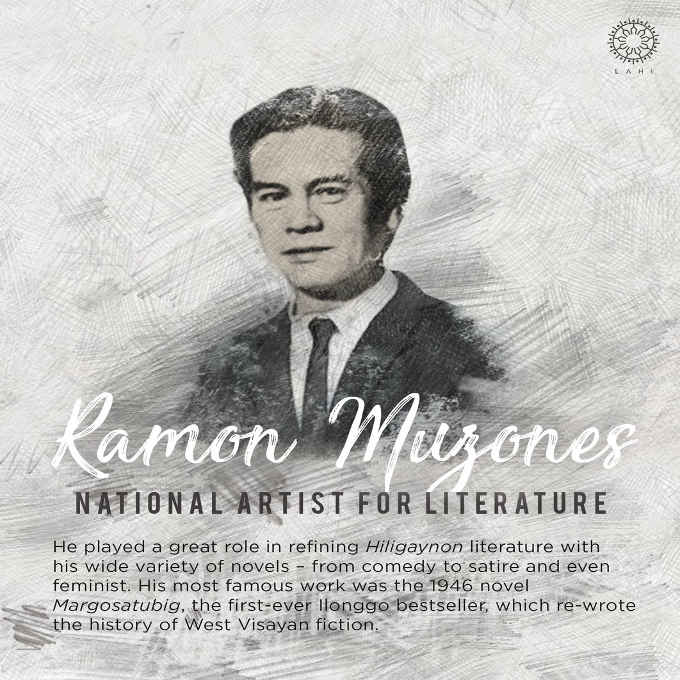 He played a great role in refining Hiligaynon literature with his wide variety of novels, from comedy to satire and even feminist. His most famous work was the 1946 novel Margosatubig, the first-ever Ilonggo bestseller, which re-wrote the history of West Visayan fiction.

Hailed by his peers as the longest-reigning (1938-1972) among “the three kings of the Hiligaynon novel,” Muzones brought about its most radical changes while ushering in modernism.

With a literary career that spanned fifty-three years (1938-1990), his evolution covers the whole history of the Hiligaynon novel from its rise in the 1940s to its decline in the 1970s.

Muzones tried his hand at a variety of types and proved adept in all as literary fashions. In the process, he not only extended with remarkable versatility and inventiveness the scope and style of the Hiligaynon novel, but he also enriched Hiligaynon literature’s dramatis personae.