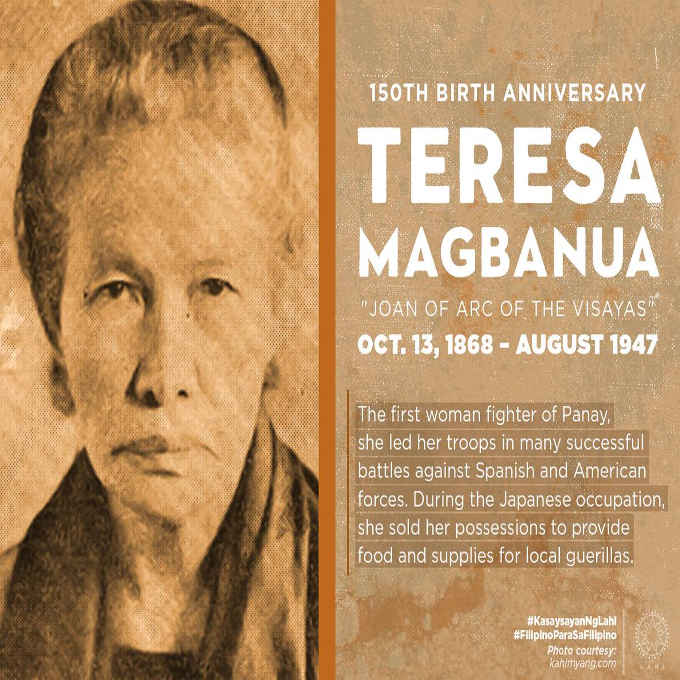 Teresa Magbanua is known as the “Joan of Arc of the Visayas.”

Teresa Magbanua is the first woman fighter of Panay. She led her troops in many
successful battles against Spanish and American forces.

During the Japanese occupation, she sold her possessions to provide food and supplies for local guerillas.