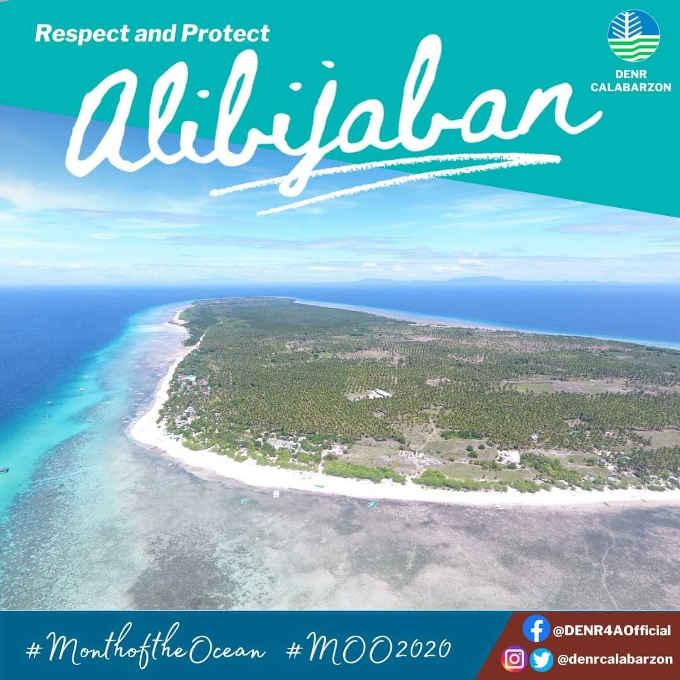 The Alibijaban Wilderness Area (AWA) in Quezon Province! DYK that it is a Protected Area? It is home to a number of species of flora and fauna.

Alibijaban Wilderness Area is a protected area that covers the whole island of Barangay Alibijaban, Municipality of San Andres, Province of Quezon. The island has an approximate area of 471.90 hectares. 198.24 hectares of which is classified as timberland while 273.66 hectares is alienable and disposable.

The Municipality of San Andres, Quezon is about 330 kilometers southwest of Manila.

Alibijaban Wilderness Area is best known for its

Beach Forest found in the center of the island.

Cover the nearshore white sand beach extending to the north and south of the island.

Bottlenose Dolphin and Whale shark can be seen on the island on their migrating season, usually from July-September.

The protected area is being managed by a Protected Area Management Board (PAMB) headed by the Regional Executive Director, DENR CALABARZON.

The DENR-Community Environment and Natural Resources Officer (CENRO) of Catanauan, Quezon acts as the Protected Area Superintendent (PASu) of AWA. The PASu is accountable to the PAMB and the DENR for the implementation of the Management Plan and operations of the protected area.