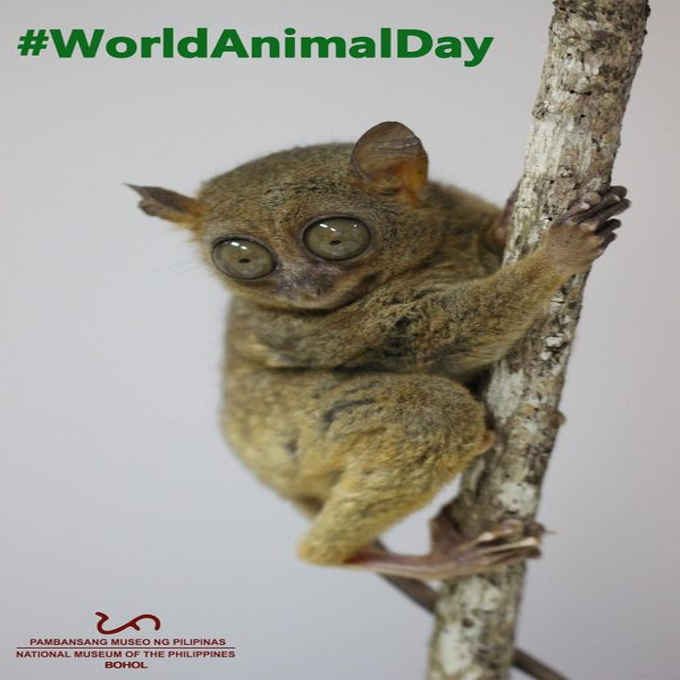 Bohol’s very own Philippine Tarsier is the second smallest primate on earth!

Endemic to Southern Philippines and found mostly in Bohol, the Tarsier (Carlito syrichta) locally known as Mawmag is an endangered faunal species living in secondary forests. The tarsiers are arboreal insectivores so they prefer bushy vegetations that are home to lots of insects. Considered as one of the world’s 25 most endangered primates, the tarsier is included in the International Union for Conservation of Nature (IUCN) Red List as Near Threatened due to habitat loss, hunting, and illegal pet trade.

The tarsier is a nocturnal primate with exceptionally big eyes and a neck that can rotate 180 degrees in opposite directions. They’re solitary animals and are monogamous with the male tarsiers said to be highly territorial. They can live up to 24 years in the wild but don’t do well when in captivity as they get easily stressed.