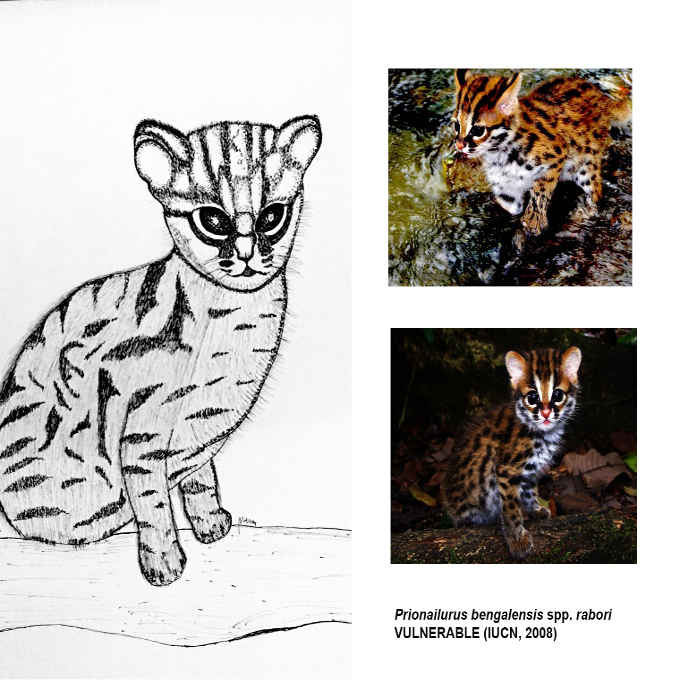 MeeT ‘WAYI’, the Visayan leopard cat rescued from a market in Calinog, Iloilo. She was fostered at the Mariit Wildlife Center and Conservation Park in Lambunao. One of her foster pawrents said Wayi was about a month old when brought to the center, where she roamed freely instead of being caged. The pawrents took turns to feed her milk and later, chicken and mice. Later, Wayi hunted her own food. She was at the center for two years until she left for the forests. She never returned but we are confident she’s safe in her natural habitat.

Let’s immortalize this cuteness (but remember, leave the wild animals in the wild) by drawing her using a reference photo captured by one of her foster parents, John Rey Callado.