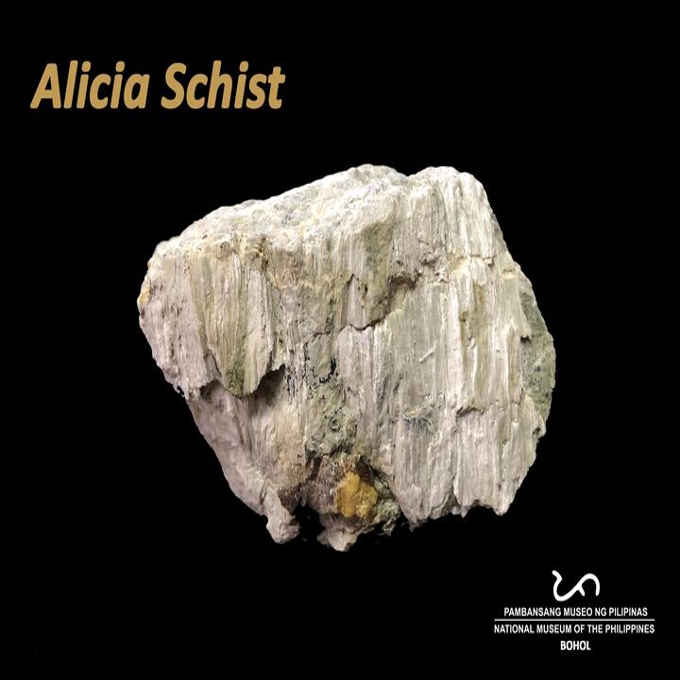 ​Found at the mountains of the southeastern Bohol, the Alicia Schist is a metamorphic rock formed during the Cretaceous Period or about 65 million years ago. It is highly chloritic and shows different lithologic variations.

The rock is exposed in the towns of Ubay and in Alicia where it got its name. Schist is derived from the Greek word that means “to split”.

The Alicia Schist occurs as an elongated shape with a coarse-grained metamorphic rock which consists of layers of different minerals and split into thin irregular plates.
​
Schists are used in decorative finishing of walls in houses and buildings. It could also be used for garden decoration, paving, and sometimes, sculpture.

​The Alicia Schist is one of the features of Bohol’s bid for a UNESCO Global Geopark alongside the popular Alicia panoramic park.