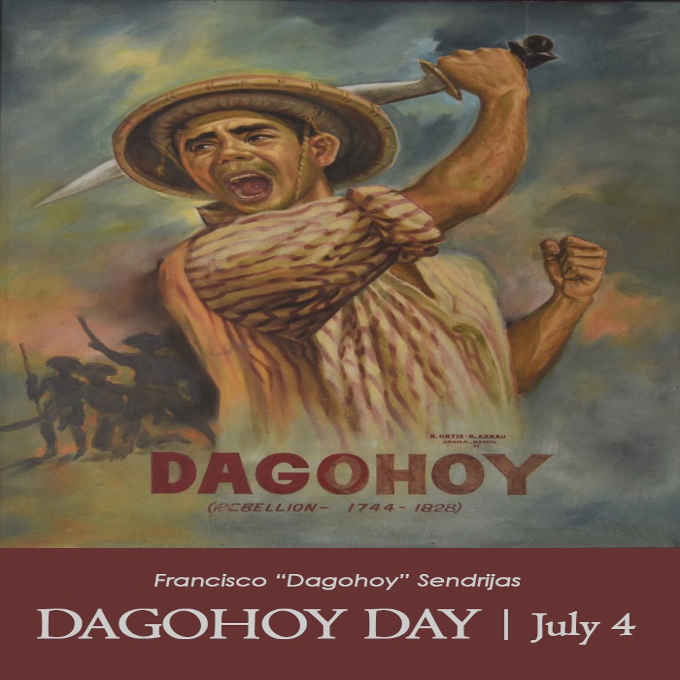 July 4 has been declared Francisco Dagohoy Day in Bohol, a special working holiday in the entire province, by virtue of Republic Act No. 11444.

Francisco “Dagohoy” Sendrijas, was the ringleader of the longest rebellion in the Philippine history against the Spaniards which lasted 85 years from 1744 to 1829. This movement has been considered as one of the earliest victory of Filipinos over Spanish sovereignty with the patriotic Boholanos successfully maintaining their independence for a long period of time. The Boholano revolution ended formally on August 31, 1829.