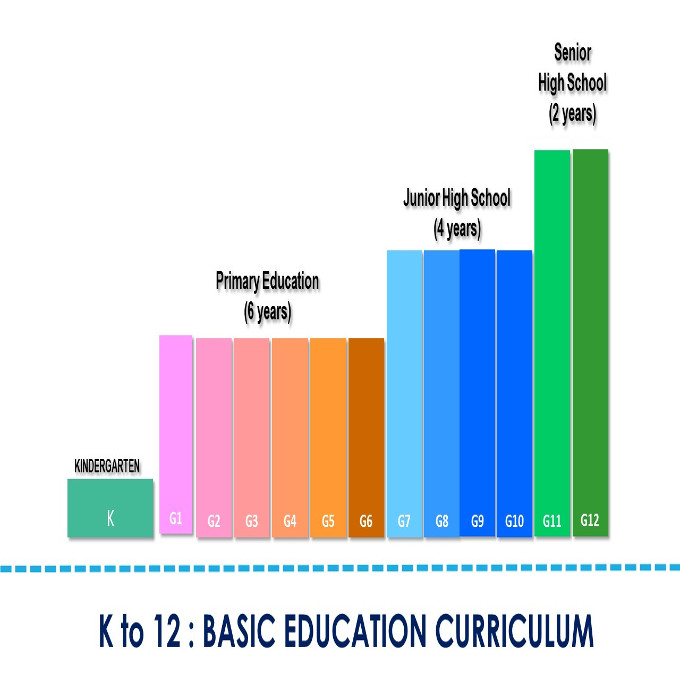 The K 12 Program in the Philippines | Image Source: depedvalenzuela.ph

It was popularly called K to 12 because the act, (RA 10533), enhanced the Philippine Basic Education System by strengthening its curriculum and increasing the number of years for basic education.

Basic education in the Philippines before K to 12 consists of 6 years of elementary education and 4 years of high school education.

The enhanced basic education act of 2013 or K to 12 as it is commonly known now, provides for a mandatory

Acceleration of students or learners in public and private basic educational institutions is still allowed in accordance with the Department ofEducation rules and regulations.

The very goal of the K 12 Program is to produce 21st-century graduates equipped with the core values and lifelong competencies they need to contribute to societal development and nation-building.

What is the legal basis of the K-12 curriculum?

The Philosophical and legal basis of the K-12 curriculum are the following:

The recent news that the K to 12 programs were abolished by the government was not true.

The K to 12 program was created by law and only a law will abolish or repel it. It cannot be abolished or repelled by the President or anybody for that matter.

Remember that the duty or mandate of the President of the Philippines is to enforce the law.

Only the Congress of the Philippines, consisting of the Senate and the House of Representatives, has the power to abolished or repel a law such as the “Enhanced Basic Education Act of 2013”, popularly known as K to 12.