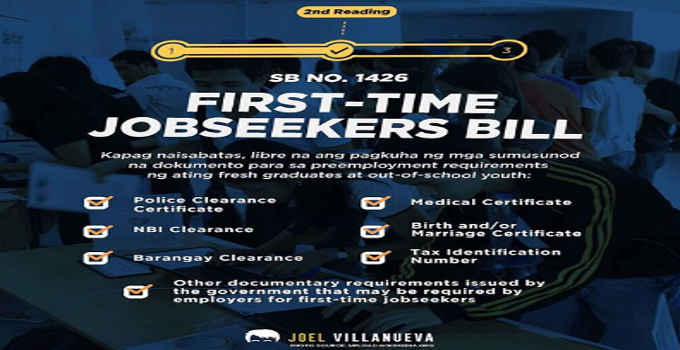 The First-Time Jobseekers bill when it becomes a law, will make it free for first time
jobseekers to obtain the following documents for the pre-employment requirements of
Filipino fresh graduates and out of school youth.

Second reading is that stage in law making where the bill is read in its
entirety, scrutinized, debated upon and amended when desired. The second reading
is the most important stage in the passage of a bill.

The bill as approved in second reading is printed in its final form and copies
thereof are distributed at least three days before the third reading.

On third reading, the members merely register their votes and explain them if they
are allowed by the rules. No further debate is allowed.