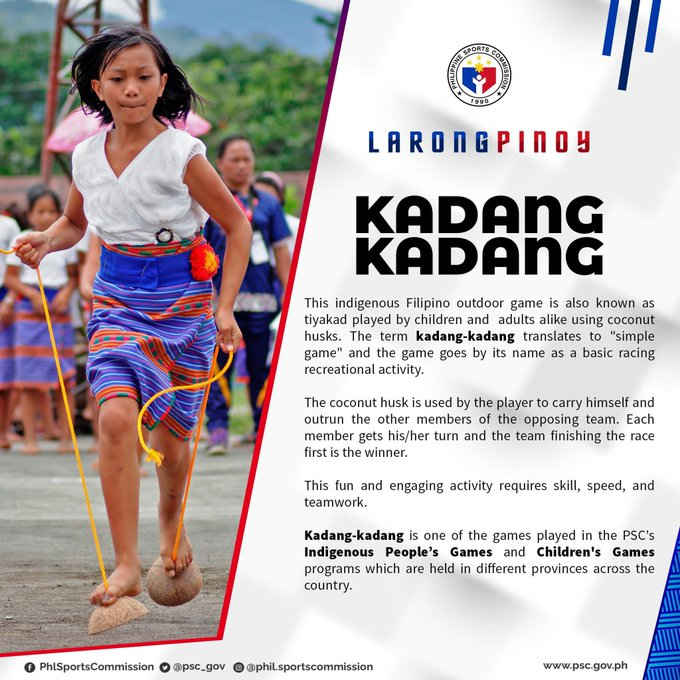 This indigenous Filipino outdoor game is also known as tiyakad played by children and adults alike using coconut husks. The term kadang-kadang translates to “simple game” and the game goes by its name as a basic racing recreational activity.

The coconut husk is used by the player to carry himself and outrun the other members of the opposing team. Each member gets his/her turn and the team finishing the race first is the winner.

This fun and engaging activity require skill, speed, and teamwork.

Kadang kadang is one of the games played in the Philippine Sports Commission’s (PSC) Indigenous People’s Games and Children’s Games programs which are held in different provinces across the country.