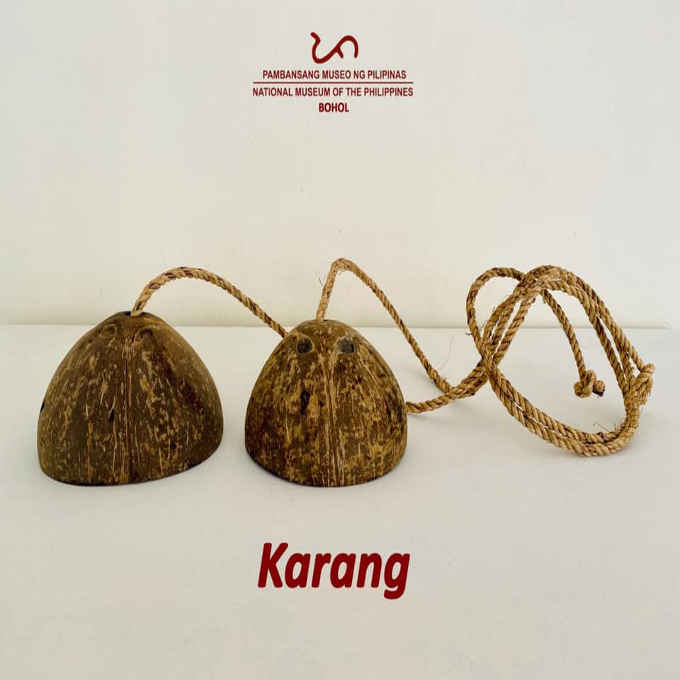 In observance of National Coconut Week and National Coconut Month, the National Museum Bohol highlights the many ways coconuts are creatively used. Today, we are featuring a Filipino traditional race game called Karang.

Karang, also known as Tiyakad in Tagalog, originally is played with bamboo pole stilts as materials. It is a game of balance and the player riding the bamboo stilts must be strong and composed. This game was adapted officially in 1969 by the Bureau of Physical Education and School Sports (BPESS). A simpler version of this game uses Bagol or coconut shells instead of a bamboo pole.

The materials include a pair of cut bagol and an abaca string attached to the coconut shell’s hole with a small bamboo stick inside to hold the string. The string or pisi is held by the player with the bagol clipped to his/her foot and with synchronized movements of the hand pulling the string with his feet to move forward. This movement mimics the sound of the horse kalesa running the streets.

The Karang and other traditional games are part of Laro ng Lahi, DepEd’s Physical Education program on indigenous games of the Philippines. Schools and offices also use these games for team building activities.