Today, October 6, we celebrate 38 years of the establishment of formal diplomatic
relations between the Philippines and Oman. 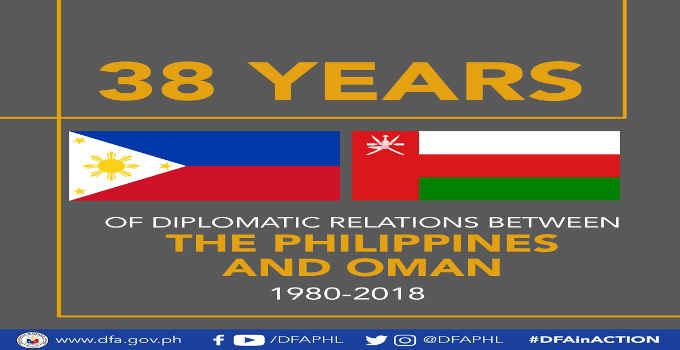 The Philippines and Oman established formal diplomatic relations on October 6,1980.

Oman is an Arab country on the southeastern coast of the Arabian Peninsula in
Western Asia. Its official religion is Islam and the official language is Arabic.

Oman is not included in the lists of countries where Filipino OFWs are banned for
deployment.

The non stop flight time from Manila to Muscat is 9 hours 10 minutes.

However, some airlines could take as long as 35 hours based on the stopover
destination and waiting duration.

The Distance from Manila to Muscat is approximately 6620 kilometers.

The Embassy is open from 8AM to 3PM.