Dagupan was opened on November 24, 1892 as the terminus of the then Manila-Dagupan
Railroad.

A new station, made of rubble stone structure was built near the present day PNR Court during the line’s extension to La Union.

Although the line was abandoned years ago, both of the two station buildings still stands up to this day, the platform area of original station building currently serves as a dumpsite. 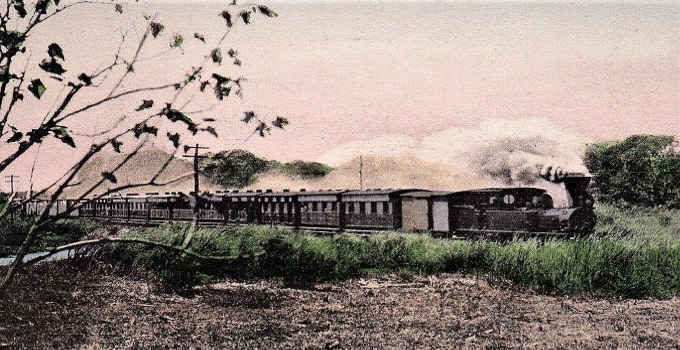 The first railroad in the Philippines was inaugurated on Nov. 24, 1892, nearly two decades after King Alfonso XII of Spain issued a decree for the establishment of a railroad system in Luzon.

Construction of the railroad began in 1888. The line covered 195 kilometers from Manila to Dagupan in Pangasinan.

From Manila Central Station in Tutuban, construction moved northward to Tayuman, ending in Dagupan. The Americans subsequently built a new line from Bulacan to Cabanatuan, Nueva Ecija, in 1902.

Shortly after, the rail line was expanded to La Union in the north and Albay in the south.

Senator Ejercito said, “sayang talaga”, The Philippines had one of the first railway systems in Asia.

He further said that it will always be his advocacy that the railways can be the backbone of our economy.

More recently, The Philippine National Railways (PNR) Manila Engineering Division prepared the railway tracks for the reopening of the PNR Acacia-Gov. Pascual in Malabon-Sangandaan in the Caloocan segment of PNR Mainline North.

One way to help alleviate the traffic mess in Metro Manila, according to Jica Senior  Representative to the Philippines Tetsuya Yamada, is to develop railway systems in the metropolis.

Train lines are seen as one of the most effective solutions to addressing the need for a mass transit system that is more efficient than buses, jeepneys, taxis and even Internet-based ride-hailing apps.