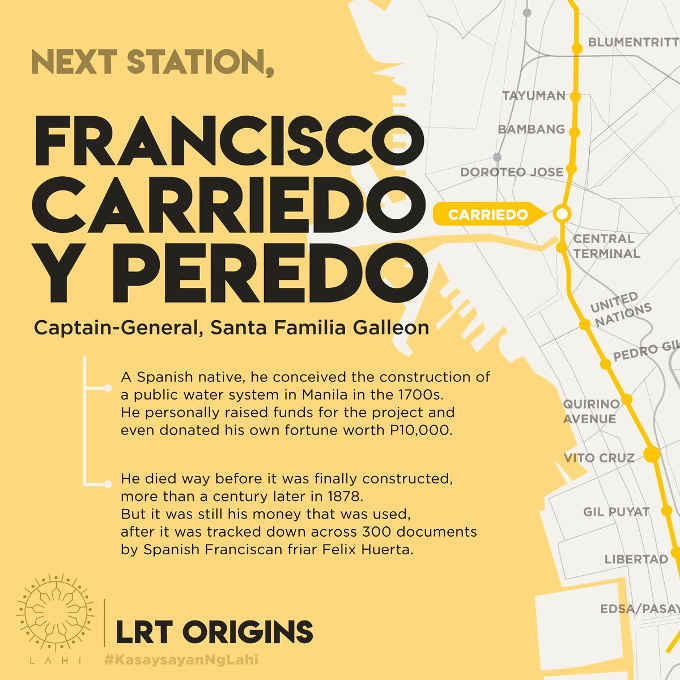 The Carriedo station was named after Francisco Carriedo Y Peredo who is a Captain-General of Santa Familia Galleon.

Francisco Carriedo is a Spanish native. who conceived the construction of a public water system in Manila in the 1700s and personally raised funds for the project and even donated his own fortune worth Php10,000.

He died way before it was finally constructed, more than a century later in 1878. But it was still his money that was used after it was tracked down across 300 documents by Spanish Franciscan friar Felix Huerta.

Prior to the public irrigation in Manila, the residents of Manila only took water from the Pasig River. As a result, water-borne diseases have become widespread like cholera.