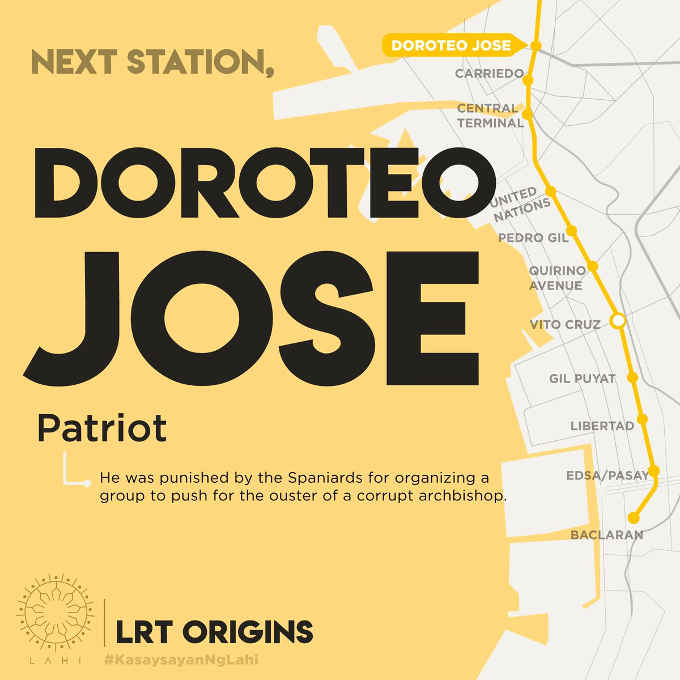 This LRT station was named after Doroteo Jose.

Doroteo Jose is a patriot. He was punished by the Spaniards for organizing a group to push for the ouster of a corrupt archbishop.

In recognition of what he did, former Melba Street in Sta. Cruz was named Doroteo Jose in the year 1914 where an LRT station was also located. gmanews

The Doroteo LRT station is well-lit and organized to allow better passenger flow. The station has a better ambiance and a ceiling fan which was installed to improve ventilation.

The Doroteo LRT station has six escalators and two elevators. The elevators and escalators also include upgrades incorporating PWD-compliant features such as Braille buttons,  accessibility of location of the controls to persons in wheelchairs, among others. ppp

The station has a daily average of 27,000 passengers.