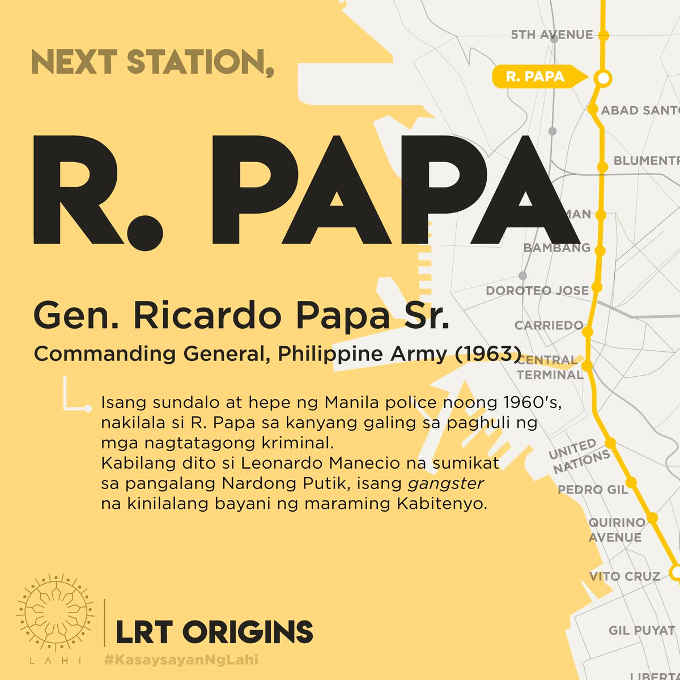 He is a soldier and the chief of the Manila police in the 1960’s, R. Papa became famous because of his skill in capturing fugitive criminals. These criminals include Leonardo Manecio, famously known as Nardong Putik, a gangster considered by many  Cavite natives as hero.