General Jose Ignacio Paua was the only pure-blooded Chinese general who fought against the Spaniards during the Philippine Revolution. 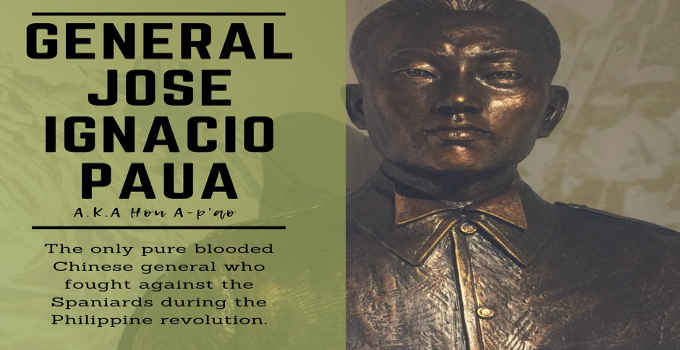 He supported the Katipunan and was a member of the Magdalo faction and backed General Emilio Aguinaldo against the Americans.

In 1890, he went to the Philippines with his uncle to seek his fortune and became a blacksmith’s apprentice in Binondo in Manila.

During the Philippine revolution, he repaired lantakas or native cannons and other weapons.

General Paua once told his wife and children,

I want to live long enough to see the independence of our beloved country and
to behold the Filipino flag fly proudly and alone in our skies.

Among the prominent battles in which General Jose Ignacio Paua participated in are the following: