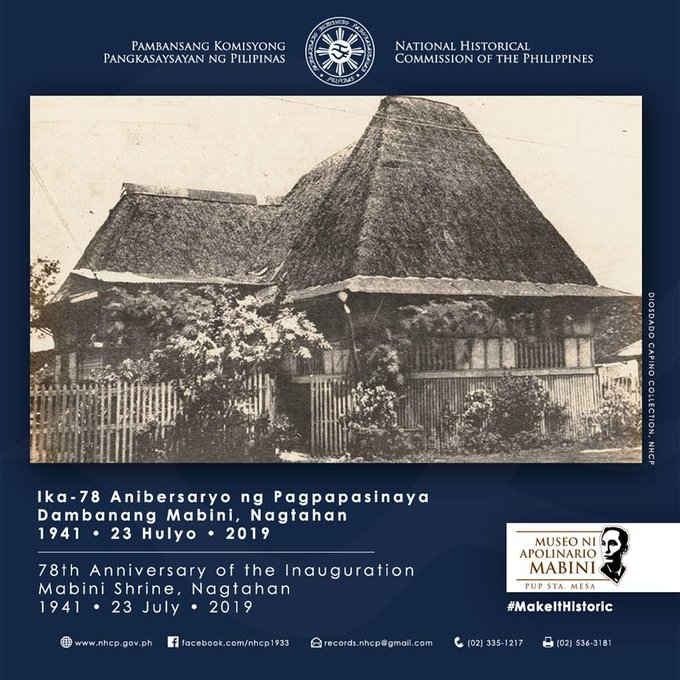 On this day, July 23, in 1864, Apolinario Mabini y Maranan was born in Talaga, Tanauan, Batangas. He is the Philippines’ first Prime Minister and also the first Secretary of Foreign Affairs of the Philippines.

Mabini’s home was first relocated from its original location in 1938 and opened to the public on 23 July 1941 with by Executive Secretary Jorge Vargas as a guest of honor. It was moved again to Pandacan on the other side of the Pasig river in 1963 because of the construction of what is now Mabini Bridge. In 2008, it was placed at the Polytechnic University of the Philippines in Sta. Mesa.

On this day, July 23, in 2004, the nine-story commercial-residential SAI Building at the corner of Padre Rada and Juan Luna Streets in Divisoria, Binondo, Manila collapsed.

The five-year-old building, which has been tilting toward another building across the street for several days, collapsed at around 4:30 p.m.

There were no fatalities from the collapse as Manila city authorities have evacuated and cordoned off the area before the building leaned and crashed.