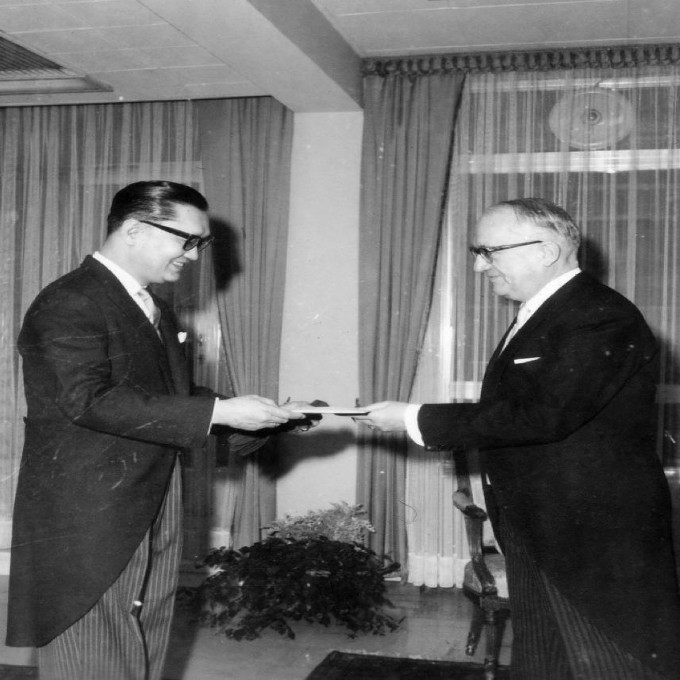 On this day, May 12, in 1964 the Philippines established diplomatic ties with the European Economic Community (EEC).

The European Economic Community was a regional organization which aimed to bring about economic integration among its member states. It was created by the Treaty of Rome of 1957. Upon the formation of the European Union in 1993, the EEC was incorporated and renamed as the European Community. (Wikipedia)

Ambassador Singian headed the Philippine Mission to the EEC in Brussels, Belgium. The EEC is a precursor to the present-day European Union.

June 12, considered as the national day of the Philippines, marking the anniversary of General Emilio Aguinaldo’s proclamation of Philippine independence in Kawit, Cavite.

Vice Admiral Otto von Diederichs, commander of the German East Asia Squadron, cabled the German Government from Nagasaki, Japan to inform them of his intention to sail to Manila Bay to protect and secure German interests in the Philippines.

He made the decision amid the ongoing siege of Manila by the US Asiatic Squadron. Emperor Wilhelm II, wanting to expand his empire in Asia, approved of the expedition and the squadron set sail for Manila on May 18.

Manila is a densely populated bayside city on the island of Luzon, which mixes Spanish colonial architecture with modern skyscrapers. It is the capital of the Philippines.

Luzon, on the other hand, is the largest of the more than 7,000 islands that make up the nation of the Philippines.