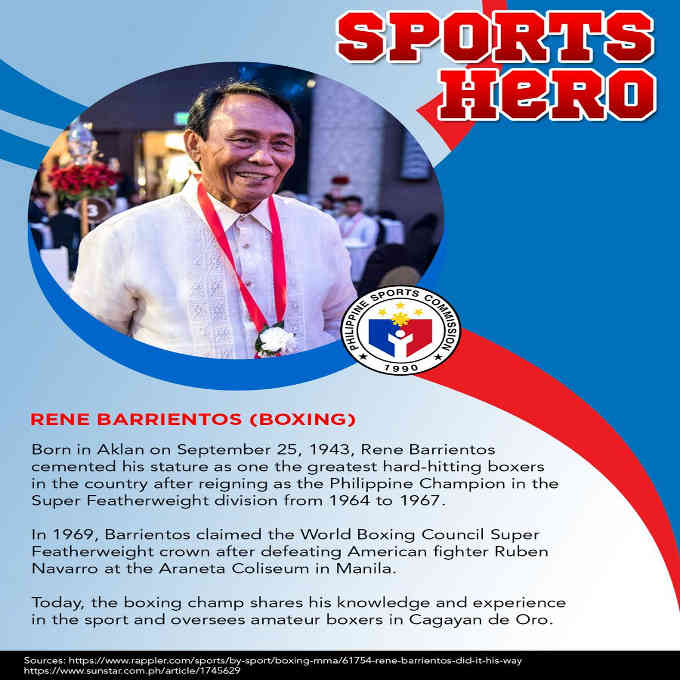 Rene Barrientos was born in Aklan on September 25, 1943.  He cemented his stature as one of the greatest hard-hitting boxers in the Philippines after reigning as the Philippine champion in the Super Featherweight division from 1964 to 1967.

Today, the boxing champ shares his knowledge and experience in the sport and oversees amateur boxers in Cagayan de Oro.