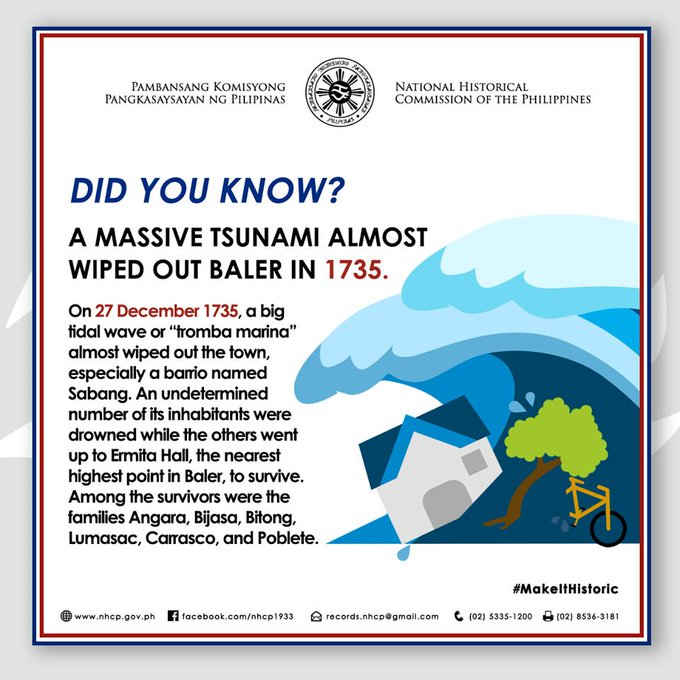 A massive tsunami almost wiped out Baler in 1735.

On December 27, 1735, a big tidal wave or “tromba marina” almost wiped out the town, especially a barrio named Sabang. An undetermined number of its inhabitants were drowned while the others went up to Ermita Hill, the nearest highest point in Baler, to survive. Among the survivors were the families Angara, Bijasa, Bitong, Lumasac, Carrasco, and Poblete.

On 30 June, we will celebrate Philippine-Spanish Friendship Day. It is centered on the town of Baler, which had a rich history even before the famous Baler siege.