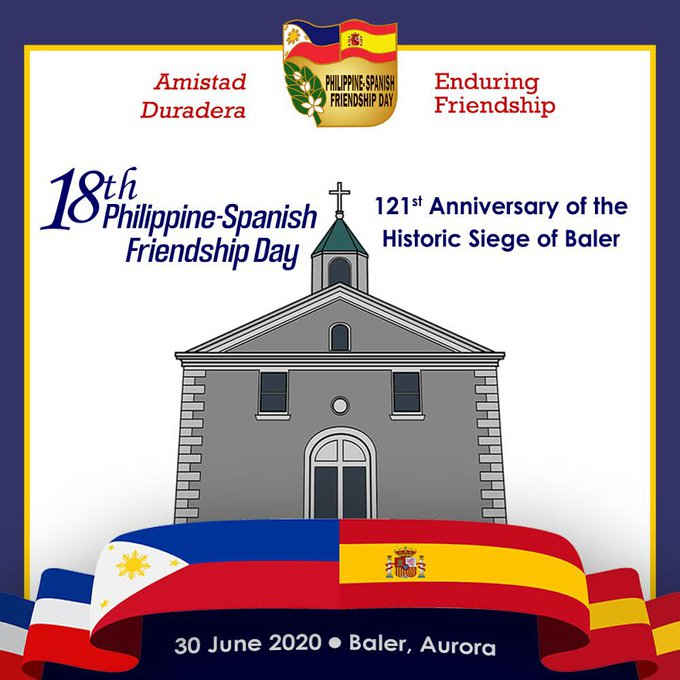 Today, June 30, 2020, we celebrate the 18th Philippine-Spain Friendship Day which commemorates Pres. Emilio Aguinaldo’s decree on 30 June 1899 that soldiers who surrendered in Baler shall be treated as friends instead of prisoners-of-war.

At the time, it reflected a perceived relationship between the two countries, which after the Philippine Revolution vs. Spain and the friendship established after the siege of Baler in 1899, had evolved from a colonizer-colonized relationship to one of co-equal mutual cooperation.

President Emilio Aguinaldo’s issuance of a decree granting safe passage to the surrendered Spanish garrison, today in 1899, is recognized by law as an event of historical significance. This became the basis of the Philippine-Spanish Friendship Day.