Home  »  Lifestyle   »   End of Spanish occupation in the Philippines 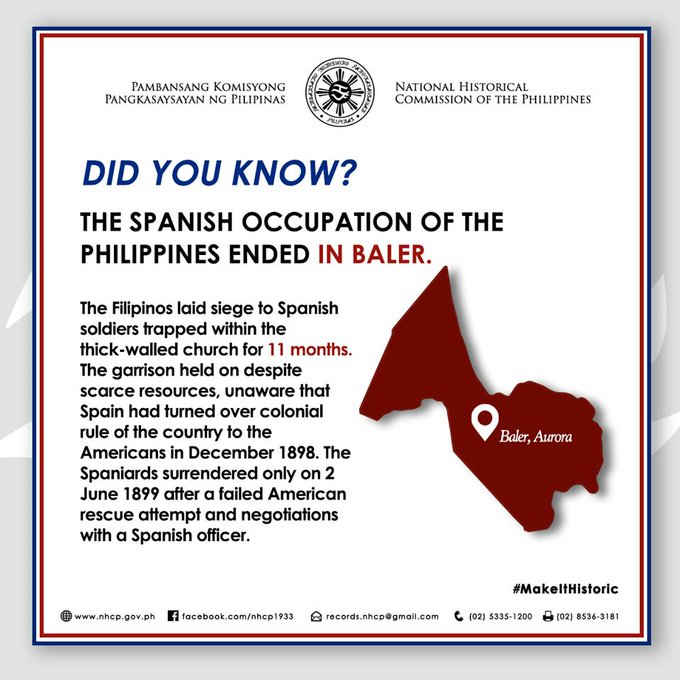 End of Spanish occupation in the Philippines

Did you know that three centuries of Spanish occupation of the Philippines ended in Baler when the last Spanish garrison surrendered in 1899?

The Filipinos laid siege to Spanish soldiers trapped within the thick-walled church for 11 months.

The garrison held on despite scarce resources, unaware that Spain had turned over colonial rule of the country to the Americans in December 1898.

The Spaniards surrendered only on June 2, 1899, after a failed American rescue attempt and negotiations with a Spanish officer.