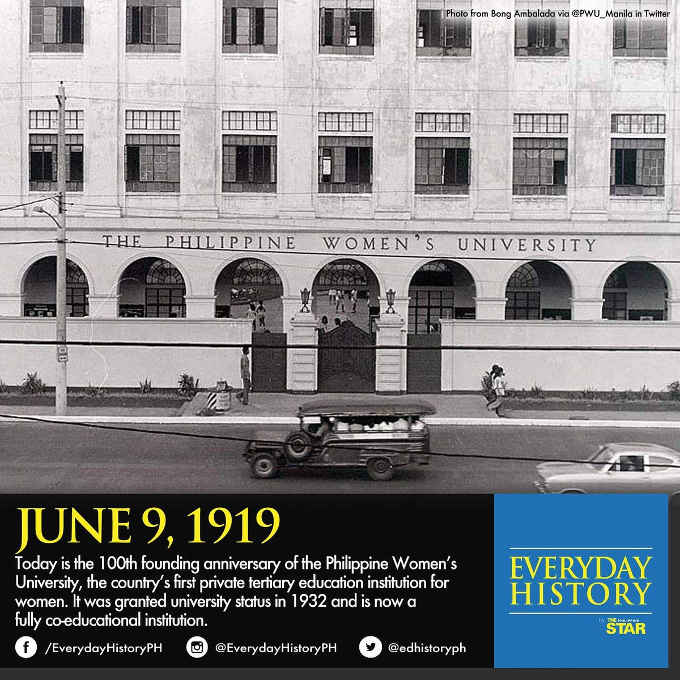 On this day, June 9, in 1919, The Philippine Women’s University was founded.

with the support of Jose Abad Santos and Conrado Benitez. It was granted university status in 1932 and is now fully co-educational.

The Philippines and China are neighbors in the Asia Pacific sharing a tradition of friendship dating back to ancient days. This day celebrates all that both countries enjoy together especially in the fields of political, economic, cultural & educational cooperation.

On this day, June 9, in 1975, The Philippines established diplomatic relations with the People’s Republic of China.

The Philippines celebrate 44 years of the establishment of formal diplomatic relations between the Philippines and the People’s Republic of China.

With around 276,405 Filipinos in China as of June 2018, the Philippines has an Embassy in Beijing, and Consulates General in Chongqing, Guangzhou, Hong Kong, Macau, Shanghai, and Xiamen.