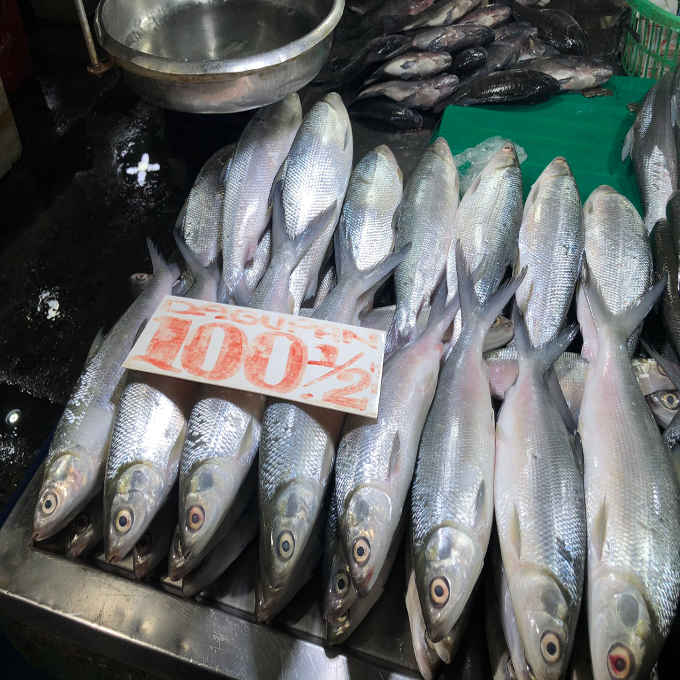 Price of Bangus per kilo

Do you ever wonder how much is the price of bangus?

The Price of bangus at Tandang Sora Market in Quezon City is now sold at P200/kilo, about the same price for a kilo of pork which retails at P200-P210.

Retailers say scarcity of supply puts pressure on the price of bangus.

The scarcity of Bangus is attributed to the successive storms that hit the Philippines in the previous months.

But the Bureau of Fisheries and Aquatic Resources Director Eduardo Gongona denied that there was a lack of bangus supply. (abs-cbn)

According to the Director, even though substantial numbers of bangus perished caused by the rains, there were other places to source this well-loved fish.

Batangas and Iloilo are the provinces retailers can tap for there supply as these provinces are among the top producers of Bangus.

One of the reasons pointed out by the Bureau of Fisheries and Aquatic Resources Director which caused the price of Bangus to go up was the increase in the price of galunggong.

Bangus is loved by almost all Filipinos because of its excellent taste.

It can be cooked in so many ways like deboned and cooked with oil, fried, smoked, grilled, filleted, and stuffed, made into ice cream, and one of the most popular dishes by Filipinos, the paksiw na bangus.

Bangus or Milkfish is one of the largest volumes of fish traded each day in almost all public markets in the Philippines.

About a fifth of the 25 kilograms of fresh fish consumed by Filipinos each year is Bangus or 4 kilograms of milkfish per person per year, according to the Food and Nutrition Research Institute.

Bulacan used to be the top producer of milkfish until it was overtaken by Pangasinan in 2007.

By that time, fish pond productivity was declining in Bulacan while milkfish culture in pens and marine cages was increasing in Pangasinan.