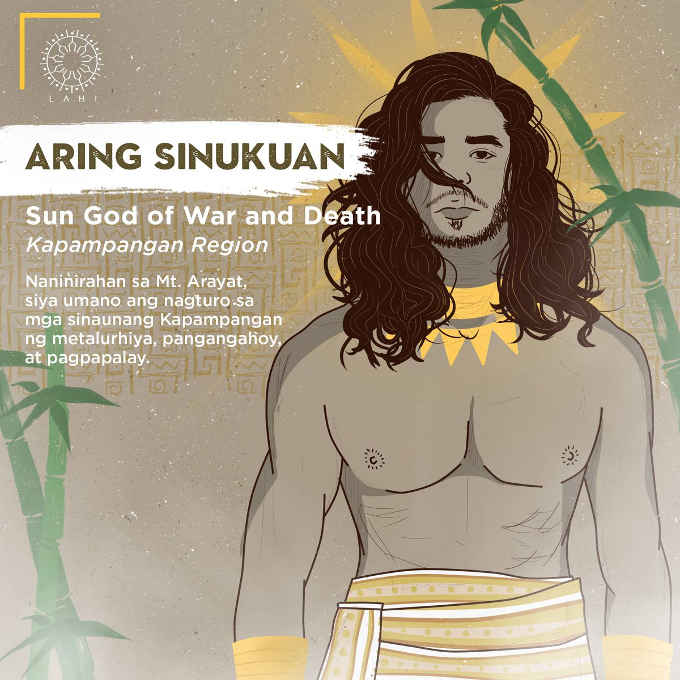 Aring Sinukuan is the “Kapampangan” Sun God of War and Death.

Aring Sinukuan lives in Mount Arayat. He was the one who taught the ancient Kapampangan metallurgy, wood cutting/gathering, and rice cultivation. (Filipino Mythology)(Kapampangan Region)

Enumerated hereunder are Kapampangan Deities that you should know about: