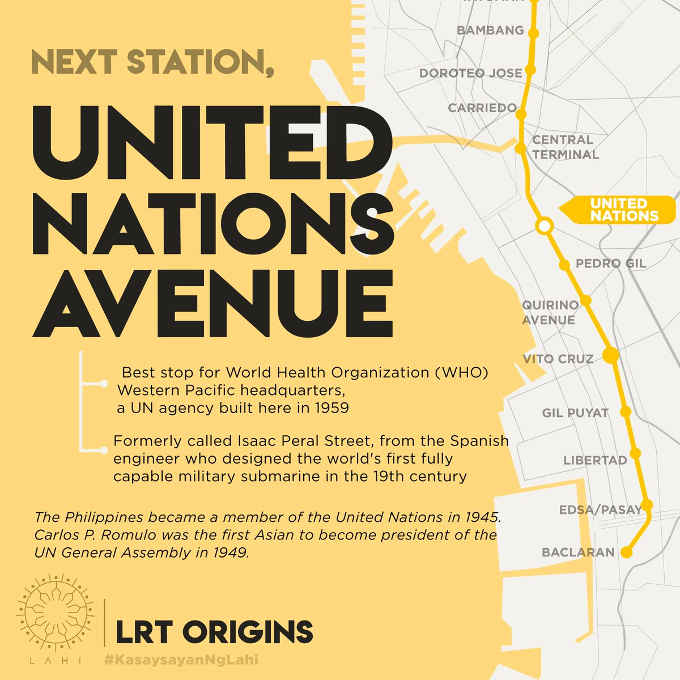 The United Nations Avenue is formerly called Isaac Peral Street. Isaac Peral Street was taken from the name of the Spanish Engineer who designed the world’s first fully capable military submarine in the 19th century.

The Philippines became a member of the United Nations in 1945. Carlos P. Romulo was the 1st Asian to become President of the UN General Assembly in 1949.