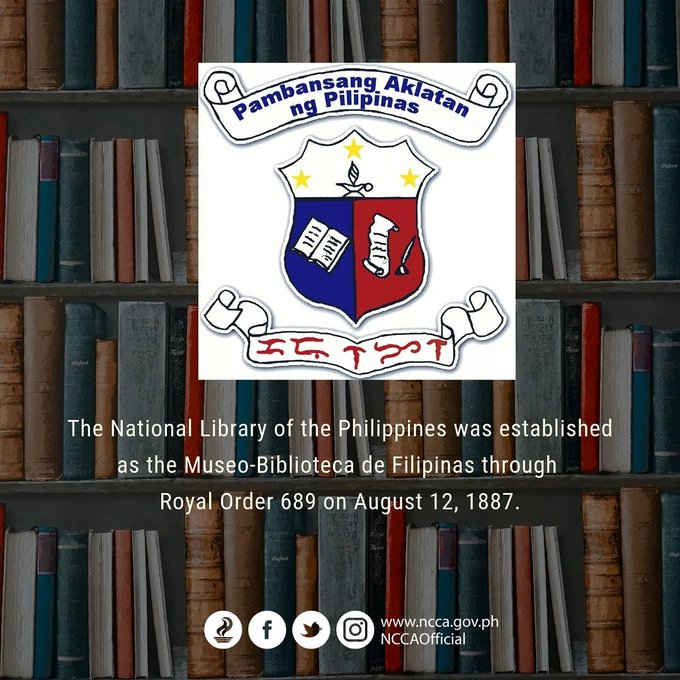 On this day. August 12, 1887, the National Library of the Philippines (Pambansang Aklatan ng Pilipinas) was established as the Museo-Biblioteca de Filipinas through Royal Order 689.

On this day, August 12 in 1898, the Protocol of Peace between Spain and the United States was signed. It was supposed to end hostilities in the ongoing Spanish-American War.

The Protocol of Peace between Spain and the United States was signed by US President William McKinley and French Ambassador to the US Jules Cambon on behalf of the Spanish government.

The protocol states that Spain will relinquish all claim of sovereignty over Cuba, will cede to the US the island of Puerto Rico, and allow the US to occupy Manila. It was supposed to end all hostilities in the Spanish-American War, but news of it only reached Manila on Aug. 16 after the Mock Battle of Manila on August 13 wherein the Spanish forces surrendered to the American forces that occupied the Intramuros and Fort San Antonio Abad.

On Dec. 10, 1898, in the two countries signed the Treaty of Paris, which formally ended the Spanish-American War and Spain agreed to receive $20,000,000 to recognize Cuban independence and to cede the Philippines, Puerto Rico and Guam to the United States. (everydayhistory.ph)