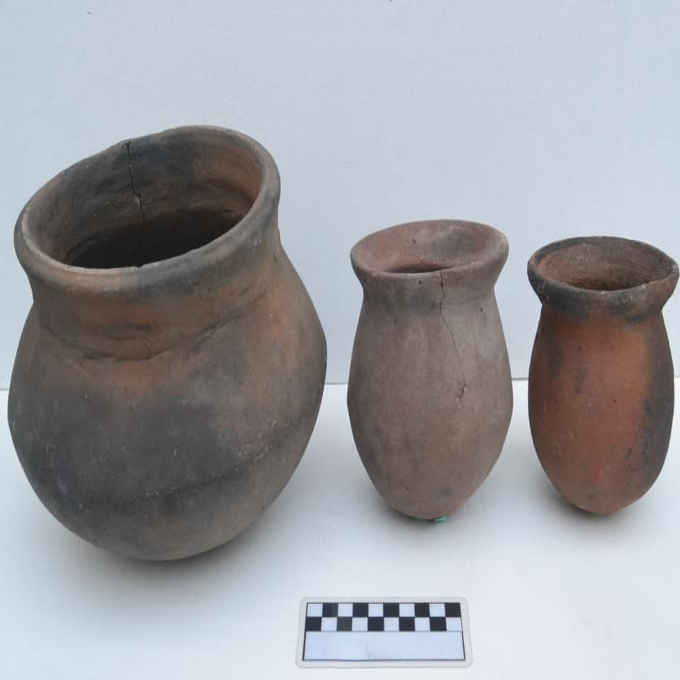 In markets around Bohol, one can still buy the traditional round-bottom clay pot which locals call Ku’n (short for kulun) along with other earthenware products such as flowerpots called ka-ang, and stove called sug-ang.

This indigenous pottery tradition goes back to the pre-colonial period. Archaeological sites from various locations on the island had yielded intricately designed earthenware vessels, many of which had been identified as grave goods (or pabaon) offered to the departed. These sophisticated objects are evidence of craft specialization which points to the existence of complex societies. These communities would have had a sizeable population with an economy sustained through divided labor and craft specialization.

Until the early 20th century, asinan or salt kitchens where AsinTibuok (a type of artisanal sea salt) are produced, lined the coast of southwestern Bohol – through six towns, from Baclayon to Valencia. Earthenware ceramics are essential in the process since the salt is extracted from the seawater placed inside clay pot vessels and heated in an open fire pit. This type of salt production was described by Fray Ignacio Francisco de Alcina, S.J. in his 17th-century account of the Bisayan people. Today, only the town of Alburquerque produces asin tibuok with two active salt huts and two remaining female potters still making the needed salt pots.

Producing earthenware ceramics is a vanishing tradition. Since the introduction of trade ware consisting of fine porcelain from China around the 10th century A.D., development of local pottery as prestige goods have been arrested, possibly bouncing briefly around the 15th century (1400s) with the production of Manila wares in kilns along the banks of the Pasig River. In modern times, the introduction of cheap metal and plastic dinnerware dealt a blow to local pottery production.

During quarantine, the trend of trading plants had boosted sales for flowerpots, encouraging local potters to increase production. But plastic pots and planters are proving to be tough competition for our local earthenware pots.

In line with our observance of Made In The Philippines Product Week, let us take time to look into our traditional industries which had sustained our ancestors for generations without causing irreversible damage to our environment.