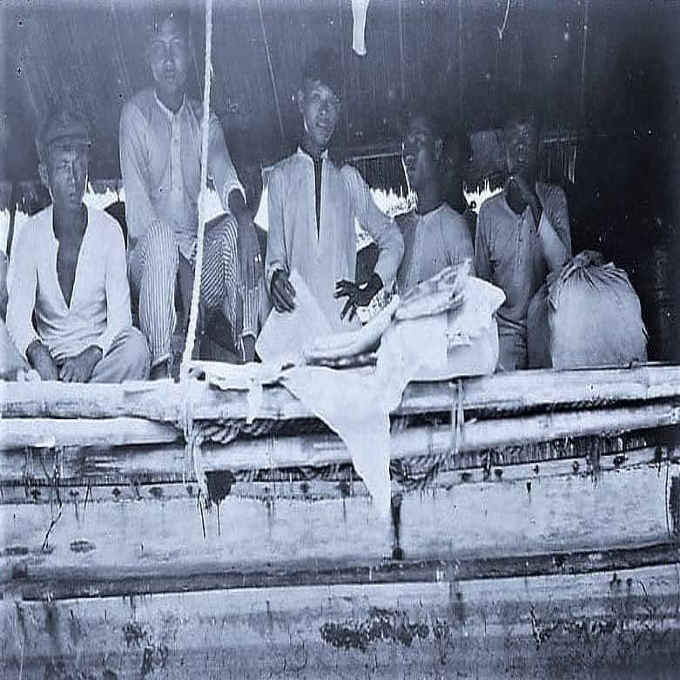 Sano is short for paisano, a word borrowed from the Spanish lexicon originally meaning peasant but has evolved to mean something that Boholanos can relate to, reflecting their history of inter-island trading, migration, and diaspora. In “A Dictionary of Cebuano Visayan” compiled by John U. Wolff, published by Cornell University and the Linguistic Society of the Philippines in 1972, the term is listed as follows:

Thus the word is often used between Bol-anons who meet outside of Bohol, whether abroad or in other islands within the country.

Until the early 20th century, many Boholano sea-farers plied the seas of the Visayas and Mindanao, trading goods. These traders, mostly men, were called #viajedores. This strong maritime tradition continued when, shortly after World War II, Tomas Cloma established the Philippine Maritime Institute (now PMI Colleges) with a campus in the province. The maritime school produced generations of Boholano sailors. Cloma, a lawyer and the owner of a fishing and trading fleet as well as the discoverer of the Kalayaan Islands, was a native of Panglao, Bohol.

Throughout the 20th century, many Bol-anons migrated to other parts of the country in search of greener pastures. In Mindanao, a number of communities trace their roots to Bohol. There were also those who went abroad to try their luck as domestic and skilled workers. At the turn of the millennium, healthcare workers were in-demand and many from Bohol jumped in the bandwagon, many of them #Women. Today, many Bol-anon healthcare workers serve as medical front liners in different parts of the world.