On this day, August 13, in 1898, the mock Battle of Manila concluded with Spanish forces surrendering to the Americans.

In the photo are two boys in an open area with thatched roof buildings in the background, a site of the mock Battle of Manila on Aug. 13, 1898, Manila, Philippines. 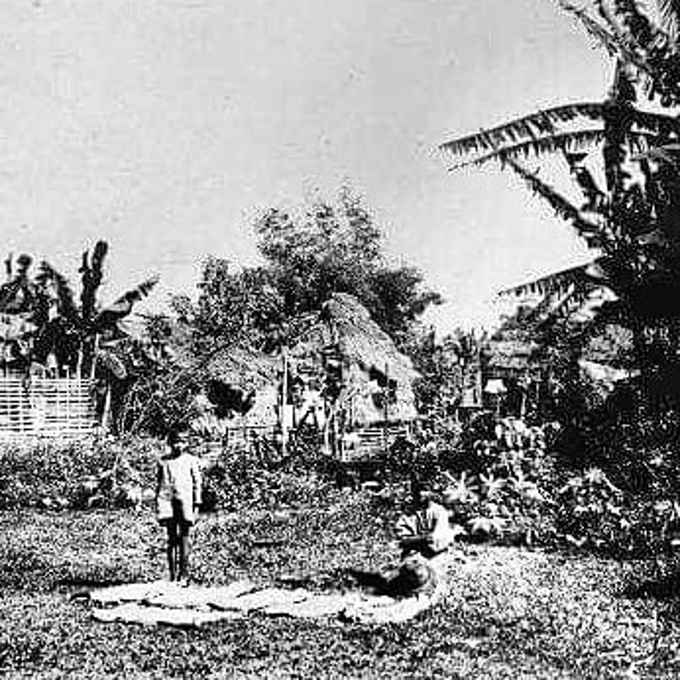 On this day, August 13, is the birth anniversary of Magdalena Gamayo, Gawad Manlilikha ng Bayan. She was born on August 13, 1924.

On this day, August 13, in 1897, Filipino lawyer Pedro Paterno met with Governor-General Fernando Primo de Rivera in Malacañang to relay Gen. Emilio Aguinaldo’s demands for surrender, which were outlined during their meeting at Biak-na-Bato on August 9, in San Miguel, Bulacan.

Aguinaldo’s demands for surrender are the following:

Primo de Rivera refused these demands but relented later on after the Spanish government in Madrid agreed to pay an indemnity in an attempt to end the revolution. On Dec. 14, 1897, Spain and Aguinaldo’s revolutionary government signed a truce in which the latter, along with several of his Cabinet members and staff would voluntarily go in exile to Hong Kong in exchange for the payment of an indemnity and the granting of an amnesty to all revolutionary forces fighting Spain. This truce agreement came to be known as the Pact of Biak-na-Bato. On Dec. 24, 1897, Aguinaldo and his entourage left for Hong Kong to begin their exile, while hostilities between Spain and the revolutionaries halted. (everydayhistory.ph)