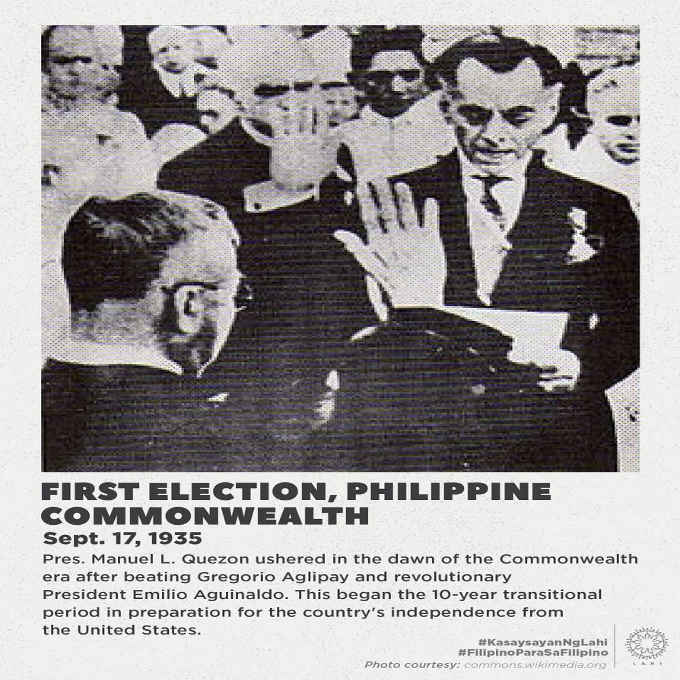 On September 17, 1935, the first national elections in the Philippines were held.

This began the 10-year transitional period in preparation for the country’s independence from the United States of America.