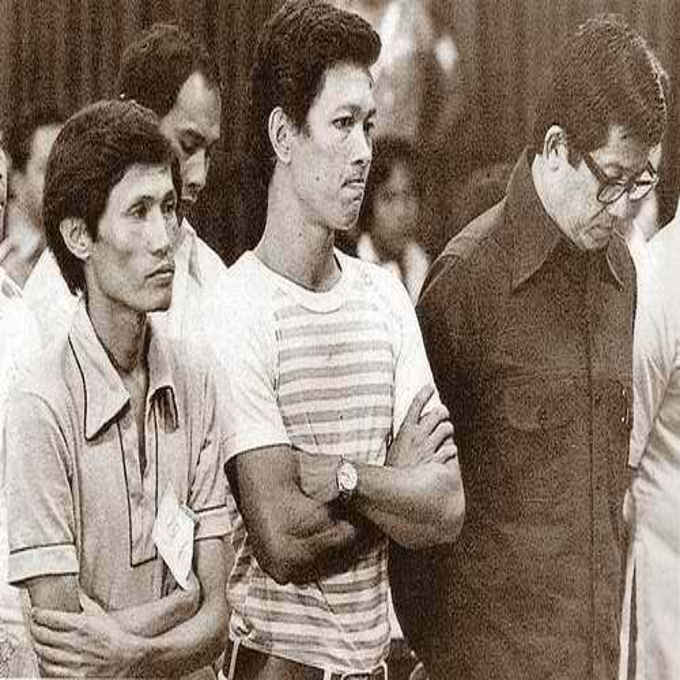 On this day, November 25 | @indiohistorian

On This Day, November 25, in 1977, the military tribunal sentenced Ninoy Aquino, NPA leader Bernabe Buscayno and military defector Victor Corpuz to death by firing squad. The sentence was commuted due to the human rights violations that garnered the world’s attention.

Ninoy Aquino was the youngest Filipino to be elected senator, at age 37, in the 1967 midterm elections. He would use his position to call upon the public to check on the excesses of the First Family, & Marcos’ plan for a “garrison state.”

When Pres. Ferdinand Marcos finally implemented a staged ambush at Wack-Wack Greenhills to justify his proclamation of nationwide Martial Law in September 1972, Ninoy Aquino was number one on the arrest list. He would be put in prison from then on.

Not recognizing the legitimacy of the military tribunal to whom he was subjected, Ninoy Aquino would begin his death fast in 1975, even while he was forced to attend his trial.

Aquino’s request to be temporarily released to have his bypass surgery in the United States was granted in 1980. He was Marcos’ political prisoner for 8 years. His return to #PH in 1983 would shock the nation as he was assassinated at the airport tarmac.

Photo: @indiohistorian via (Ninoy Aquino (with head bowed), together w/ Bernabe Buscayno, & Victor Corpuz when they were sentenced by the military tribunal, 25 Nov 1977, from Presidential Museum & Library)