The Department of Education Secretary Leonor Magtolis Briones Announced that Palarong Pambansa 2019 will be hosted by the City of Davao. 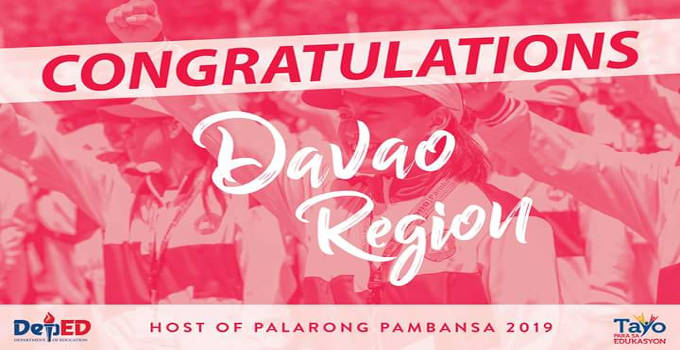 The Palarong Pambansa 2018 is presently being held in Vigan City in Ilocos Sur.

Palarong Pambansa is a yearly event.

It is a venue for talent identification, selection, and recruitment of student-athletes.

It is where some of the best national athlete of the Philippines were discovered.

It is The biggest and most spectacular sporting event for student-athletes in the entire Philippines.

This year’s host, Vigan in Ilocos Sur, will have an economic and tourism benefits since the province anticipates the arrival of almost 15,000 to 20,000 athletes, officials and other participants coming from the 18 regions of the country.

The President of the Philippines is expected to attend the opening program.

Aside from the President, prominent sports personalities are also expected to attend the opening program.

It is expected that the following personalities will attend the event:

The official sports events in the Palarong Pambansa shall include, but not be limited to, the following:

Will NCR, the perennial Palarong Pambansa champion succeed in defending its title?