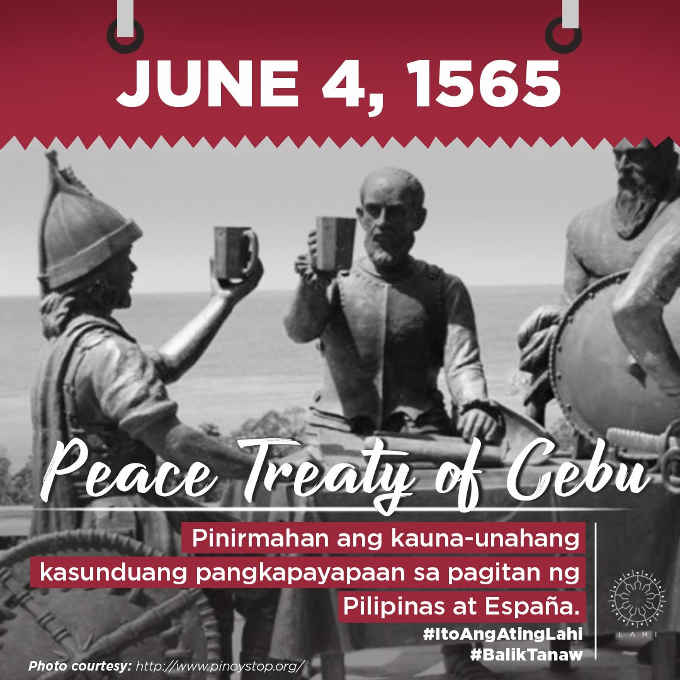 The Peace Treaty of Cebu took place on June 4, 1565. A peace agreement was signed between the Philippines and Spain.

Rajah Tupas and Miguel Lopez de Legazpi representing King Philip II of Spain’s act of signing the peace treaty, the Philippines officially became a “suzerainty” of Spain.  What is suzerainty? Pretentious freedom in exchange for peace.

Suzerainty is any relationship in which one region or nation controls the foreign policy and relations of a tributary state while allowing the tributary nation to have internal autonomy.

Rajah Tupas was the son of Sri Parang the Limp, and the nephew of Rajah Humabon (also known as Sri Hamabar). He is known to have been baptized on March 21, 1568, at age 70, placing his birthdate at about 1497.

He ruled Cebu with his peers until he was defeated by Miguel Lopez de Legazpi’s soldiers on April 27, 1565.